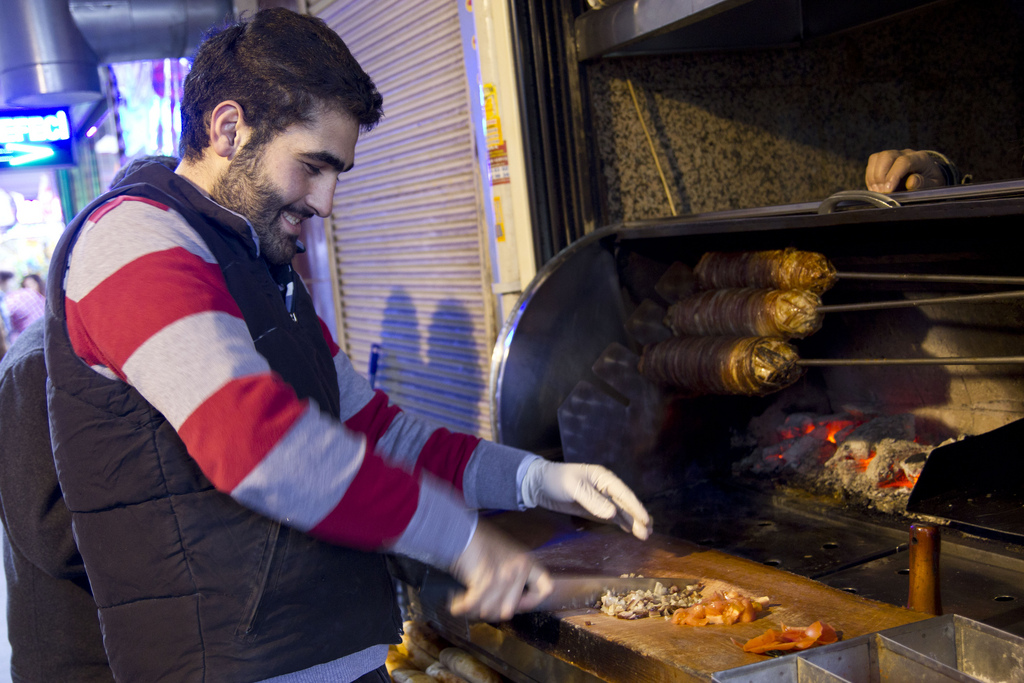 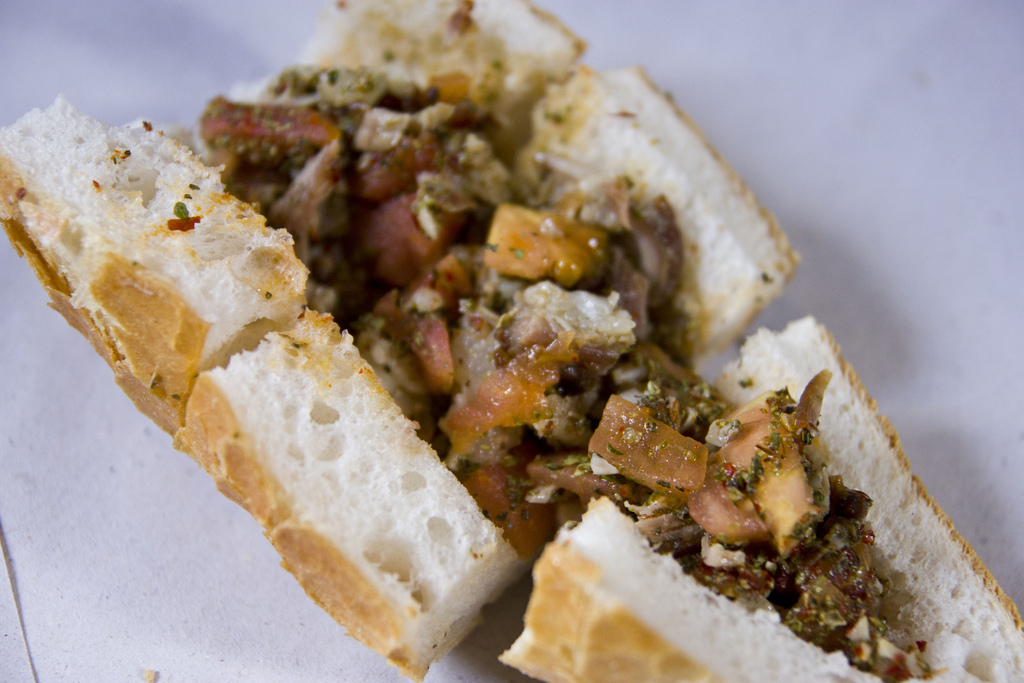 When zooming in on the highly addictive Istanbul street food offerings it’s best to start with a snack that is polarizing, to say the least. Every local has an opinion about it, and you will find as many brave connoisseurs who love the legendary kokoreç as you’ll encounter people who consider it a culinary no-go. The spicy offal snack can even boast its own pop song, which is more than most dishes could claim.

Kokoreç consist of lamb or goat intestines wrapped around offals such as hearts, lungs, and kidneys. It has a very characteristic taste some would describe as acerbic or bitter, and is usually served chopped up and seasoned with lemon juice, fresh tomatoes, and plenty of oregano and chili flakes.

Served all year round, all over the city, and pretty much all around the clock (if you know where to look for it) this Istanbul street food staple is favored by partygoers of all ages, so don’t be surprised if your hosts present you with a half loaf of bread filled with aromatic intestines after a wild night out. Şampion Kokoreç in Bakırköy is just a short walk away from Cloud 7 and serves decent quality at a reasonable price. It’s definitely worth a try, and who knows… maybe you too will wake up a kokoreç connoisseur one day?

Where to experience local market culture and find the best produce   Every Friday from 10am to 8pm, the car…